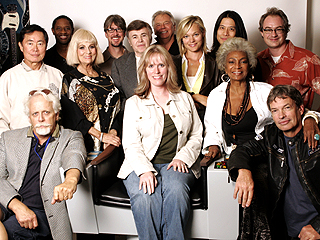 Today marks the 47th anniversary of the premiere of Star Trek!  On this day one year ago, Larry Nemecek and I escorted Walter Koenig and a group of his most loyal fans around the Hollywood Walk of Fame to visit the stars of those actors and directors most closely related to the Star Trek franchise. It really was an incredible experience, and I’m so glad that I got to be a part of Walter’s celebration on the 46th anniversary of Star Trek.  The weekend included a fantastic lineup of Star Trek and Babylon 5 stars.  We had an incredible banquet and roast in Walter’s honor.  Some of Walter’s long-time friends, such as Jamie Farr from M*A*S*H, attended the banquet.

It was a pleasure to sit by Mr. Farr during dinner and hear him share stories about Walter and his current acting jobs.  It amazes me that I haven’t scrapbooked this weekend yet.  I need to get on that!

If you weren’t lucky enough to attend Walter’s Star Ceremony, here is a video that I found on YouTube.

So, why is the 47th Anniversary so important?

If you are a Star Trek fan, then you probably already follow Larry Nemecek since he knows everything about Star Trek…plus, he is just an all-around great guy! In his TREKLAND blog post today, he lets us know why the 47th birthday is so important in Star Trek lore.  Be sure to check it out!

I can’t end this post without a little trip down memory lane. Planet Xpo celebrated the 40th anniversary of Star Trek with a convention in Seattle.  I curated a blog post a day for the the 40 days leading up to the event with our final blog post by Arthur C. Clarke!  Be sure to check it out at http://startrek40.blogspot.com/ .  I did cover the 40th Anniversary for StarTrek.com, but they pulled all my articles after a change in management.  I need to find them all and post them on my own website.  I’ll add this to my gigantic To Do list…LOL! I have to tell you, I feel really blessed as a Star Trek fan to be able to do all that I’ve done as a result of winning a radio contest and appearing on an episode of Enterprise!  I really enjoy working at the conventions and on special events like Star Trek: Of Gods and Men and Walter’s Star Ceremony.  Yet, I have an equally fun time just being a fan like I was at the Seattle Star Trek Convention a couple weeks ago!  As a fan, I’m looking forward to celebrating Star Trek well into the future.  Just think, we only have a few more years until the 50th Anniversary.  It will be a Thursday of the first week of school…I’m sensing that I may just have to use my personal days that week.  I have priorities, you know!

May Star Trek live long and prosper!  And may I live long enough to celebrate First Contact Day on April 5, 2063!  😉

The Passing of Jim Rohn 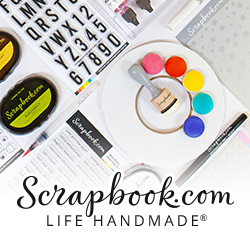